When I first taught Ancient History to the girls B9 was but a baby or toddler so did not get involved.  I remember when we were making a model of a Roman villa he helped with a few things but his first real memories of history studies are from our medieval lessons.  He found the whole knights and castles thing very enjoyable, every battle, siege and weapon intrigued him whereas the girls wanted to know if there was more to  history than kings and battles.

After we completed our Canadian history studies  I felt it was time to take B9 back to the ancient world.  I  teamed up with a friend and we did ancient history together with our nine year-olds once a week.  We began at the very beginning with some review from Genesis and then moved onto all things Egyptian. 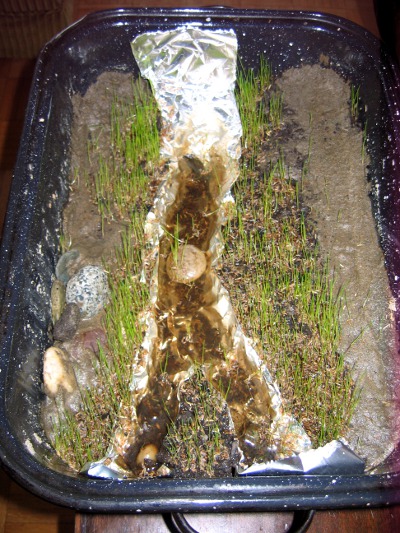 That took us half way through last year and then we moved into Ancient Greece.  Our activities included recreating the Nile River in a baking dish, mummifying a doll, building pyramids, cooking both Egyptian and Greek feasts, creating and modeling costumes or crowns from Egypt and Greece, a mini olympic games, building the Parthenon and making papier mache Greek vases 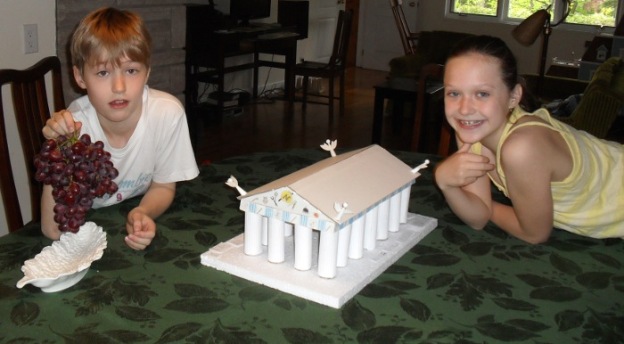 We do our history lessons when all the older children are at their writing classes and it was  funny to hear them exclaim about B & P’s activities when they returned to the house.  According to them we did far better activities this time around than when we did it with them years ago.  I think they might be right.

This year our little history class has doubled we now have two girls and two boys embarking on a study of Ancient Rome.  Early on they spent some time browsing through a stack of library books looking for topics and activities they would like included in the lessons.   It was an even split between lifestyle and craft activities on one side of the table and technology and construction on the other side.  Already we have created Roman roads from sand, pebbles and concrete, Roman soldiers with bendy limbs so they can be displayed in battle positions and a continually expanding illustrated timeline.

My true love said to me, “Happy Anniversary” 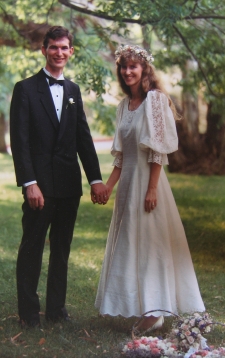