As I have mentioned we have loads of snow this year. This has meant quite a few snow days for the school kids but our children don’t seem to get snow days. We do have days in the snow, however. Ottawa is in the middle of Winterlude, the winter festival held in February each year. One of the attractions is the giant snow slides. So group of four headed to the snow slides last week. 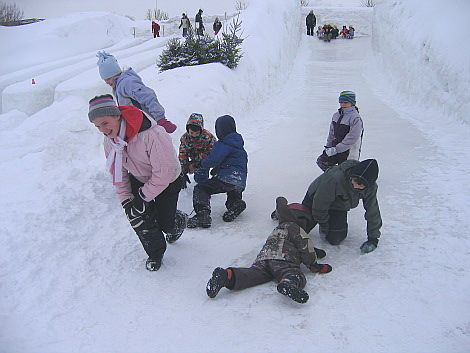 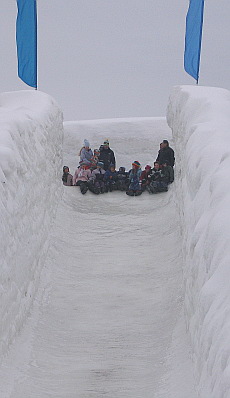 Last Friday afternoon we tried a new location for skiing. It was a wooded area not far from here. Wind had not dislodged the fresh snow from the trees so every tree was still and laden with white. The children skied along discussing how it looked just like the snow scenes from The Lion, the Witch and the Wardrobe. (now why doesn’t that surprise me?)

We did not head down this hill on our X-country skis, by the way.