We are half way through July now and have been enjoying some hot sunny summer weather. We have had very little rain and a level two drought has been declared for the Ottawa area. This is particularly odd as most of our Canadian summers have been punctuated by thunder storms; when we played softball the storms invariably came during Thursday night games, once A16 started track they seemed to appear at the weekly Twilight meets. Not so this year the grasslands around us remind me of Australian summers.

After my attempt to take and post a photo a day in March where I managed 24 out of 31 days and again in June where I only managed 11out of 30, I decided to change my approach. Over the summer I am trying to take photos every day and then pick one each day to post. They are all on my Pinterest board Photo of the Day. Some days photo opportunities and kodak moments present themselves. Other days I have to search for or create them myself.

My Dad asked about my last header image of the large canoe. I took that very close to home back in May. I was up very early to deliver A15 to a bus heading to Washington so I thought I might take some early morning pictures. On the way to the bus at 5:30am there were some great opportunities but we were rushing to make that bus. On the way home an hour later the sun was well and truly up so I had missed the best shots. I did stop at the park and take a few of early morning dragon boat training and liked the reflections of everyone’s coloured sweaters in the water as they paddled. The new header photo was taken on an evening walk home from the same park.

Here are a few pics of our summer so far. I will continue to update the photo of the day collection here. 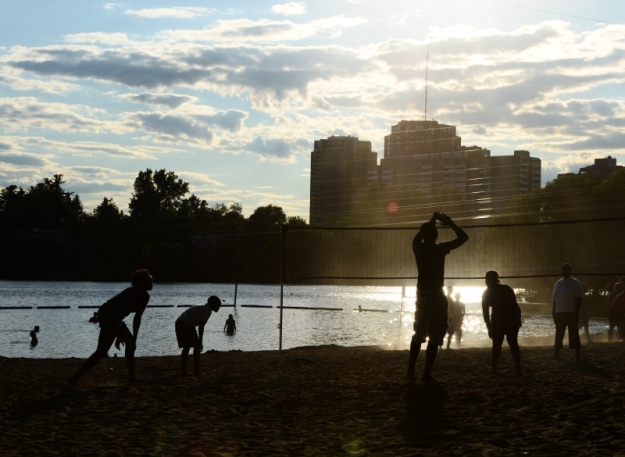