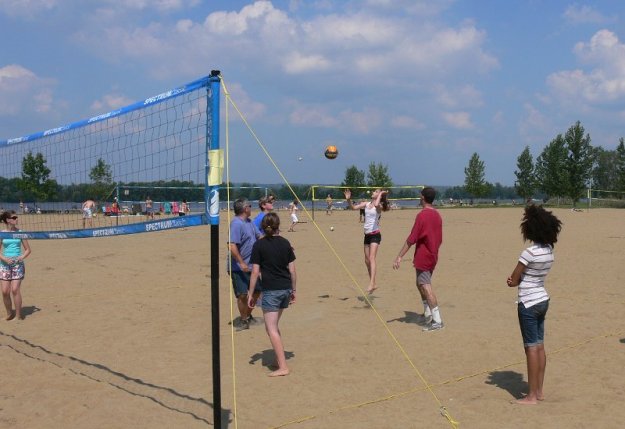 Yesterday Andrew and the two girls played in the One Under the Son volleyball tournament hosted by CHRI, the local Christian radio station.  The rest of the team was made up of friends from church and friends of friends.  The tournament was a fund-raiser for Camp Cherith.  Neither of the girls have had much volleyball experience but had a lot of fun.  Andrew turned out to be quite an asset to the team as he has played a little lately and he is, well, rather tall!

B8 and I along with my parents joined them around lunch time to watch and encourage.  It was hot!   We found some shade and occasionally a breeze caught us, but the players on the courts did not have those benefits.    The team did not make it to the finals but did have a win! 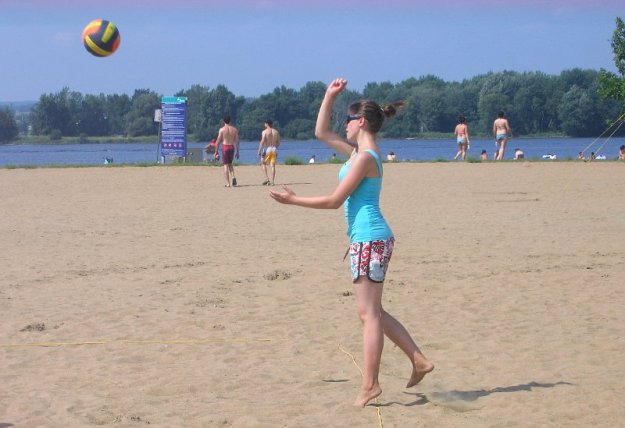 1 thought on “One under the Son”