As I have been doing a little painting lately, I’ve decided to post my efforts here as I finish them.  The most recent will be at the top.  Hopefully they will improve as I go along.  Click on the picture and you should be able to see the actual size unless stated otherwise.  The name and date is below the painting. 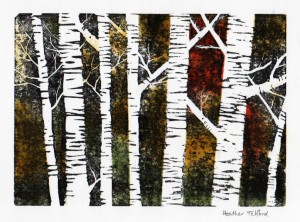 Poppies:  This is my third attempt at poppies, the first two are not worth posting.  It is not exactly what I want so there will be more attempts in the future   (April 2010) 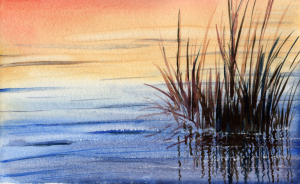 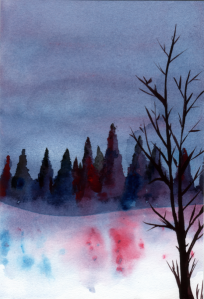 Purple snowscape  – the colour scheme on this one is also a little strange; blood stains on the snow!?  (Feb 2010) 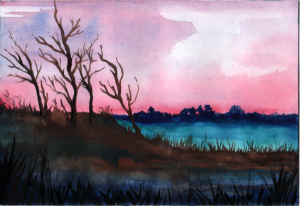 First taste of @pennyblackstamps new Christmas release. I love nature themed cards so this pinecone poetry stamp was a great place to start.
Loading Comments...
%d bloggers like this: